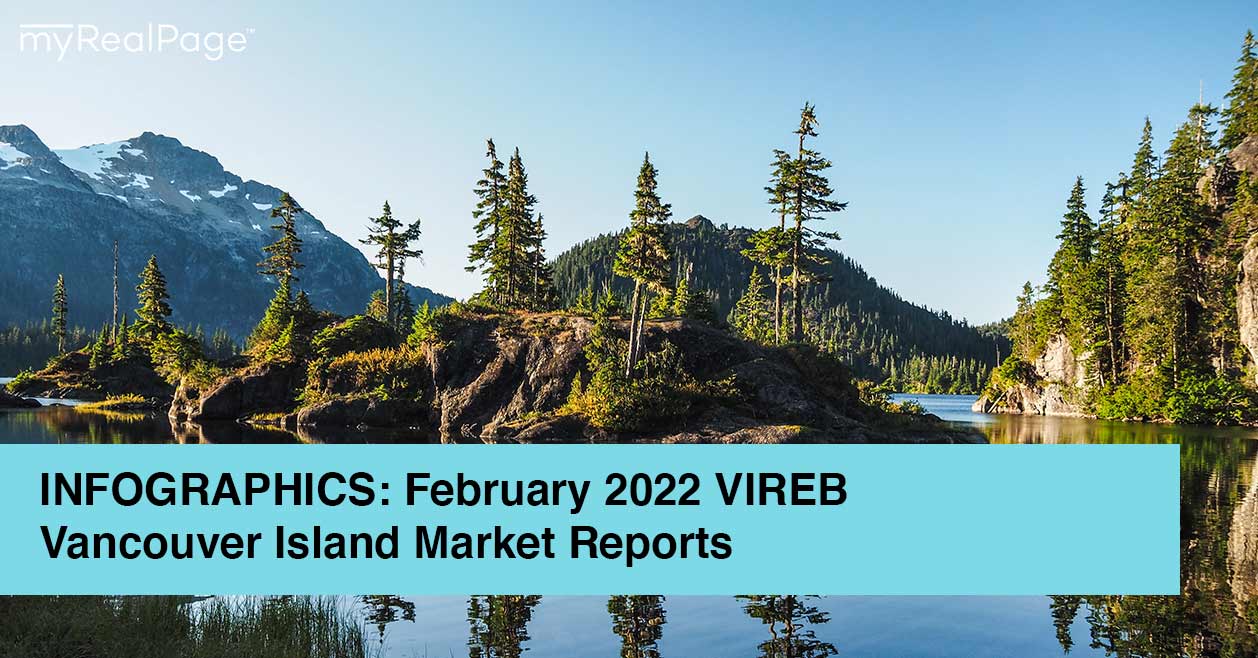 February brought additional inventory to the table in the Vancouver Island Real Estate Board (VIREB) area. However, listings are still far below where they need to be to satisfy buyer demand.

Active listings of single-family homes were 12 per cent lower last month than the previous February but rose by 34 per cent from January 2022. VIREB’s inventory of condo apartments in February declined by 31 per cent from one year ago but increased by seven per cent from the previous month. Row/townhouse inventory dropped by 27 per cent year over year but was the same as in January (66).

The following data is a comparison between February 2022 and February 2021 numbers, and is current as of March 2022. Click here to check out last month’s infographics.

You can also view all our VIREB infographics by clicking here. 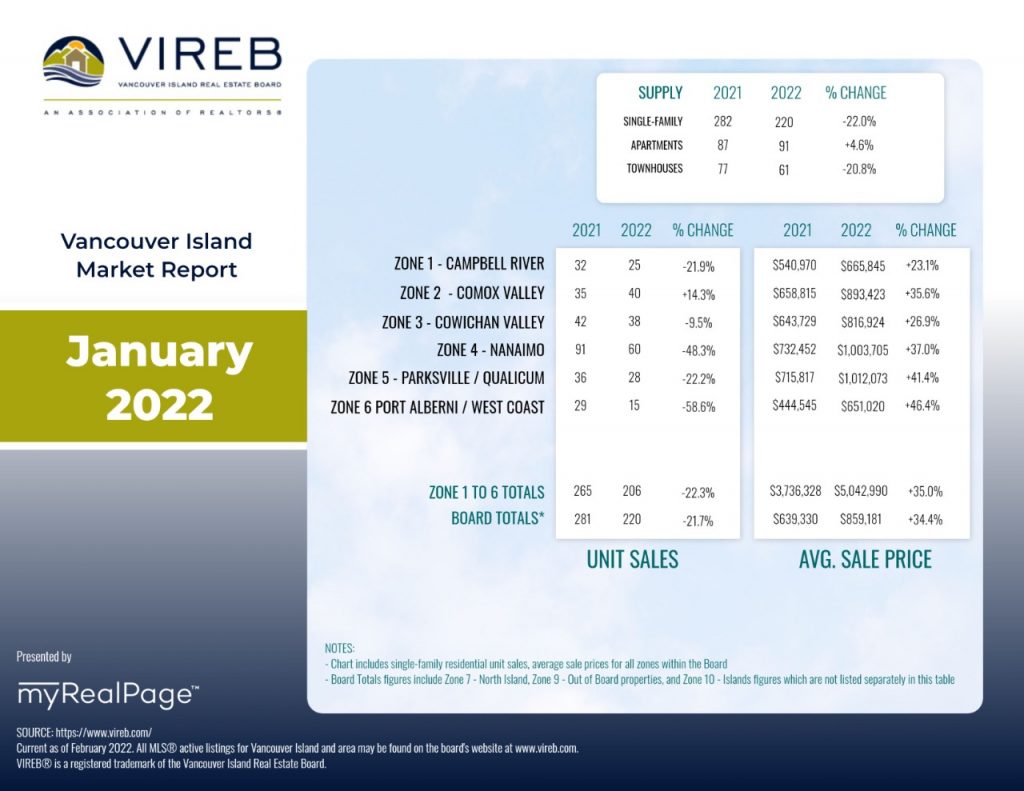 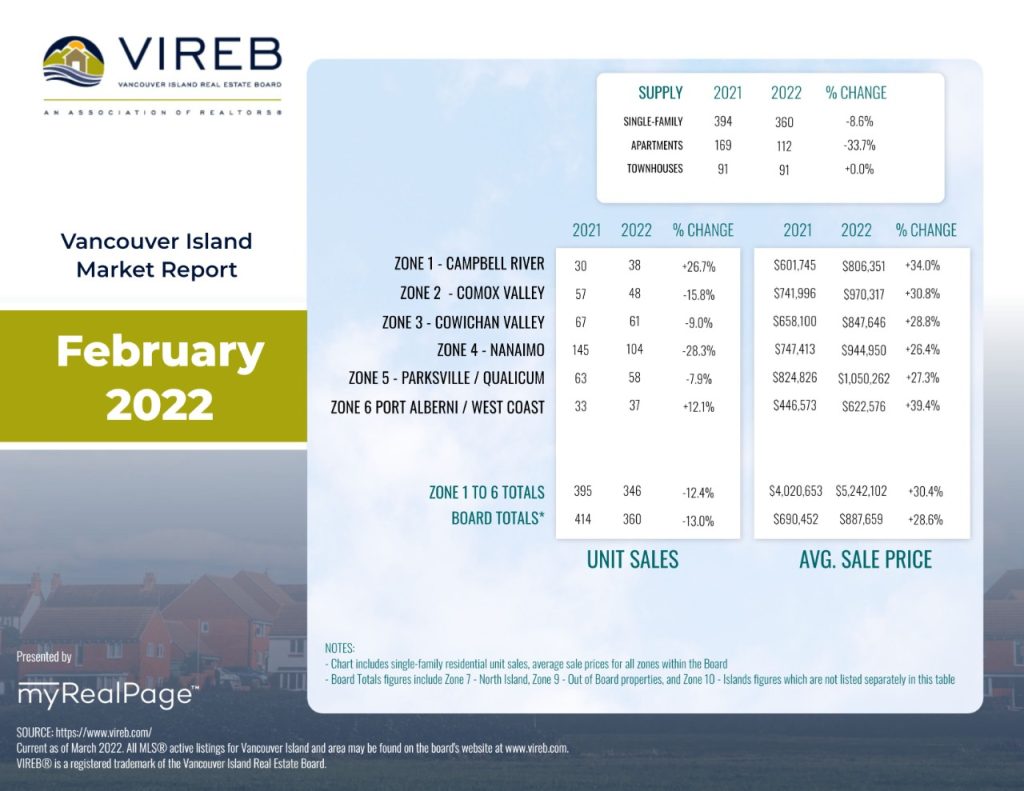