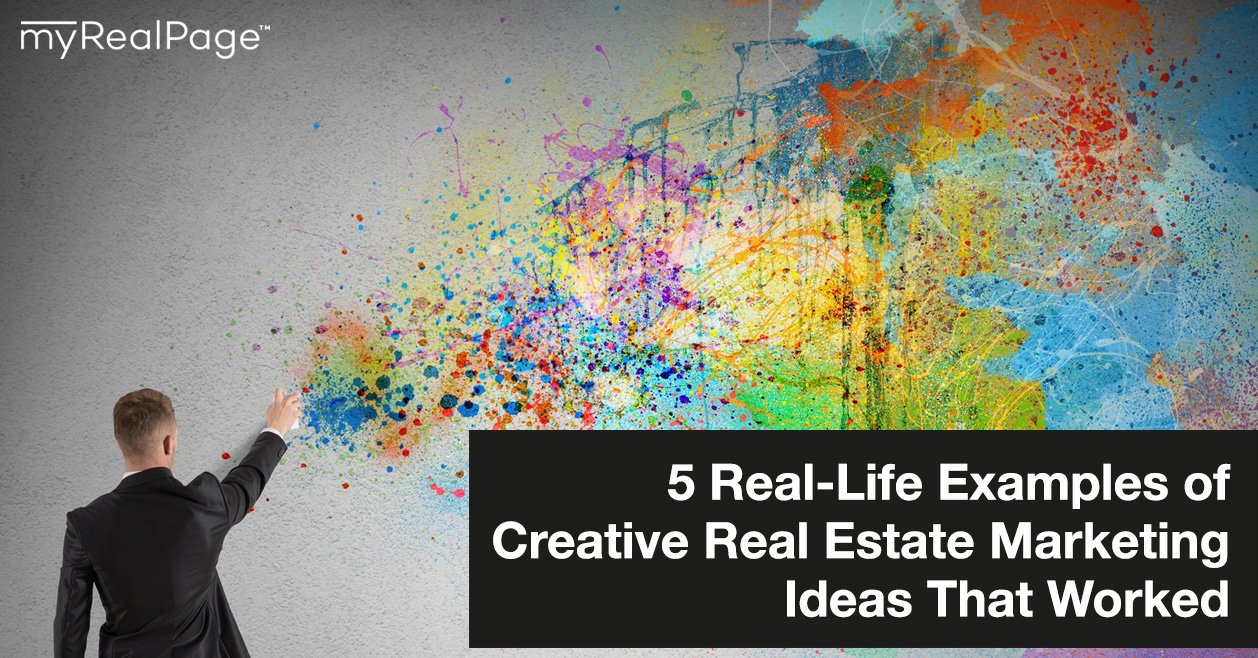 Real estate agents don’t exactly have a reputation for being wildly creative when it comes to advertising, or for pulling off nutty marketing stunts.

Let’s be real: you’re probably not going to see us at the front of a flash mob on a busy downtown street, or turning our open houses into a costume party.

At least not most of us.

Which is fine! An effective real estate marketing plan doesn’t have to include dancing in the streets.

But once in a while, a zany, funny, extra-creative effort is a great idea.

It can get you noticed by a new group of prospective clients and help you stand apart from other real estate agents.

1. The Listing Video in Disguise

Southern California agent Ben Bacal and his team consistently produce incredible listing videos for their ultra luxurious homes. Their YouTube page has over 3,600 subscribers and their videos consistently get more than 2,000 views.

It was one video in particular, however, that helped them reach new heights.

In June 2016, the team published a video called “BREAKING NEWS: Dog Inherits Millions.” The video begins with a lawyer letting two adult children know that their mother left her fortune not to them, but to their dog. The next two minutes show the dog living the high life — in a beautiful home that happens to be the Ben Bacal team’s listing.

The cute and funny video was watched more than 100,000 times. It succeeded in nabbing attention for the listing, but also for promoting the creativity of the Ben Bacal team.

In the summer of 2016, Charleston REALTOR® Jeff Cook found himself making headlines around the world. All because of a bold billboard marketing idea that Cook was just crazy enough to try.

The U.S. presidential election was months away and many Americans were threatening — some seriously, but mostly teasingly — to move to Canada if Donald Trump were to run.

That would mean a lot of homes to sell, Cook figured.

So, he created a series of billboards featuring photos of Trump and Hillary Clinton against a Canadian flag on one side, and Cook’s own smiling face on the other. The text read: “Moving to Canada? We can sell your home.” 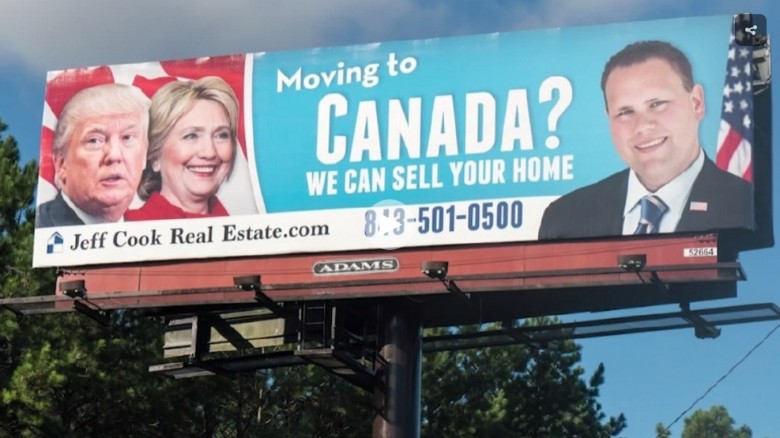 The signs had all the ingredients of a great marketing stunt: they were funny, smart, relevant, and a little bit risky.

Judging by the number of major media mentions (including CNN!), we’d say the risk was well worth it.

Mitchum’s video was none of those things (okay, maybe a bit cheesy). The production value was high, her voice sounded great, and her real estate-themed lyrics were hilarious. Take these opening lines:

To go over a purchase agreement

Viewers have watched Mitchum’s marketing idea come to life hundreds of thousands of times, driving traffic to her website and building recognition of her name. 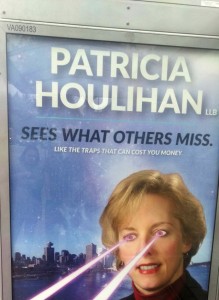 In 2016, Vancouver agent Patricia Houlihan was bored with the conventional real estate agent ads. You know the ones – a happy nuclear family, standing in or beside their beautiful detached home on a leafy street.

Instead of creating the same-old, same-old, Houlihan decided to experiment.

She turned to a creative firm to design a bus shelter ad that featured her face with laser beams shooting from her eyes. The text read “Patricia Houlihan. Sees What Others Miss. Like The Traps That Can Cost You Money.”

Bingo. It was a hit. Passersby thought it was curious or hilarious or both, and began posting photos of it online. Media caught wind of it.

Houlihan later told CBC: “Yes I am one of the top REALTORS® in the city‎ and recognized as such by the real estate board, but do I need to say the same thing they all say?”

Phil Battista is a real estate agent from just outside of Toronto. He also loves to cook.

The two don’t seem like a natural pairing. But in the spring of 2016, Battista combined real estate and cooking (seafood tagliatelle with cream sauce, to be specific) for a video he called “Cooking With Your Agent!” He posted the one-minute clip to his Facebook page.

Fast-forward to 2018, and Battista has over 20 “Cooking With Your Agent” videos on his Facebook page, most boasting thousands of views. A stuffed Christmas pepper video from December 2017 has 15,000 and counting.

Unconventional? Yep. Successful? You bet! Battista is bringing thousands of prospects to his page, and setting himself apart from the crowd.

Have you ever tried out an unusually creative or wacky real estate marketing idea? Tell us all about it below! 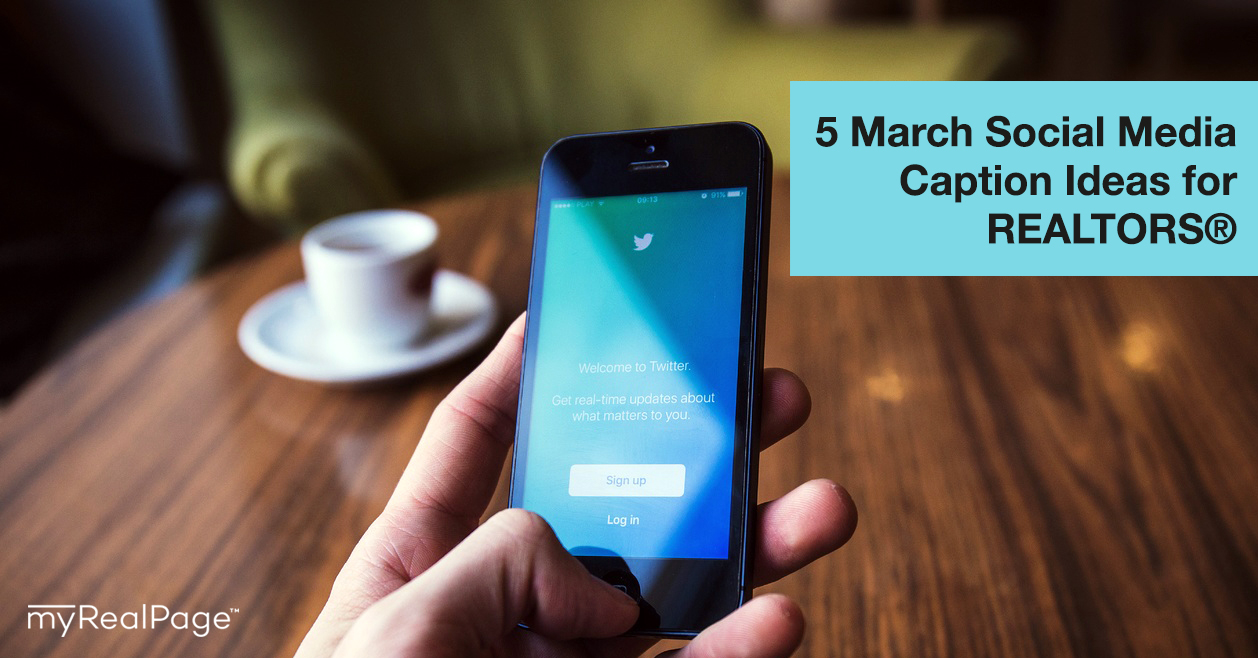 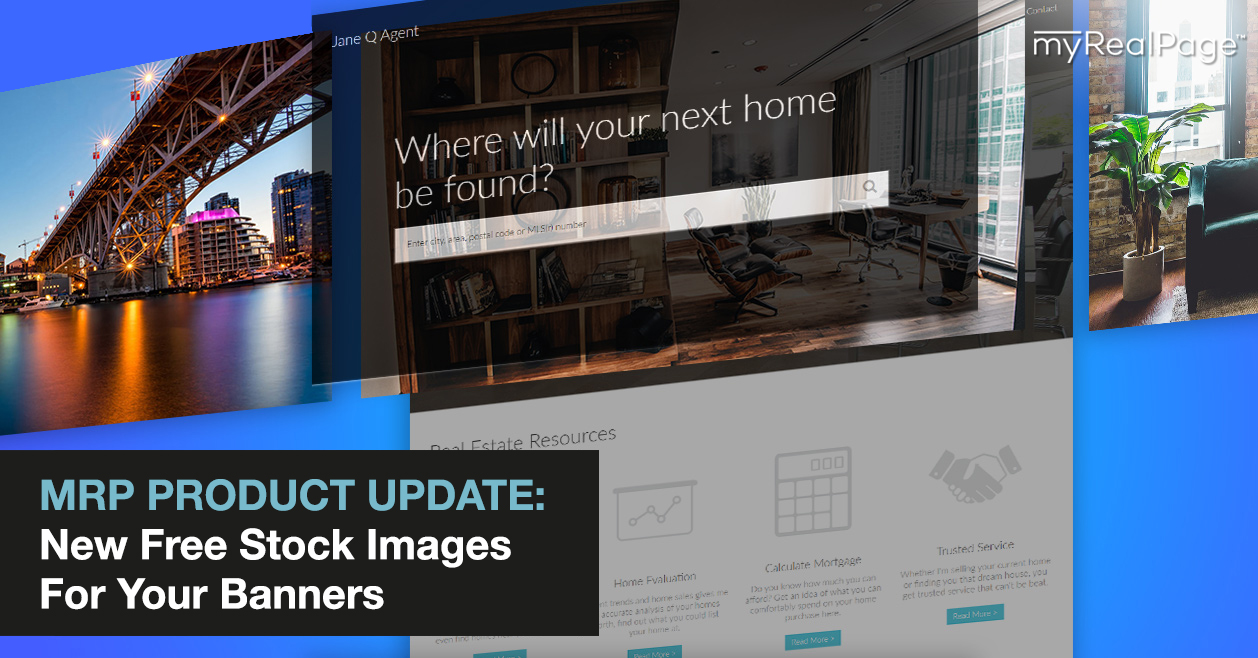 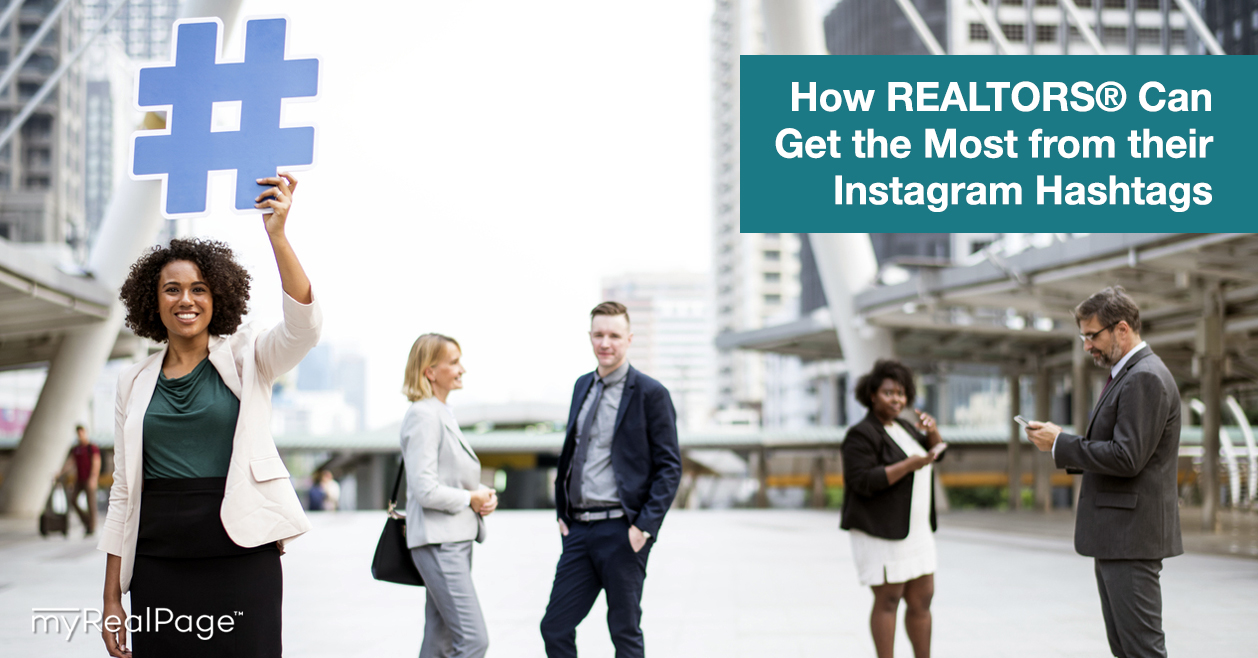 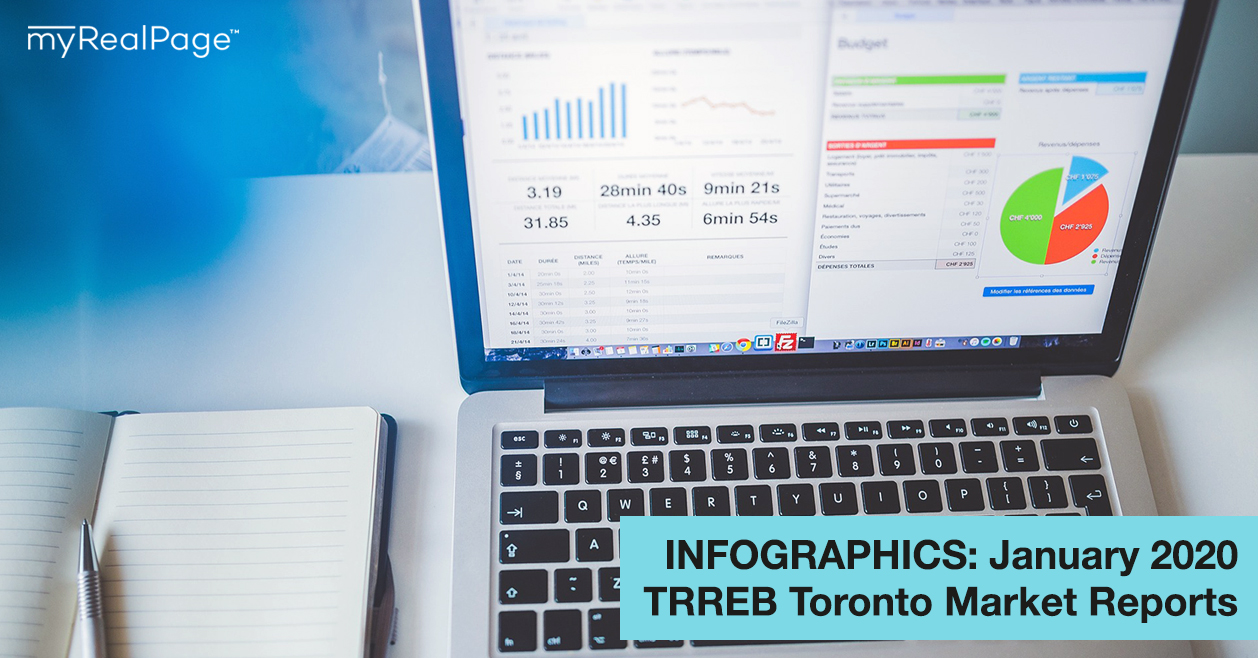 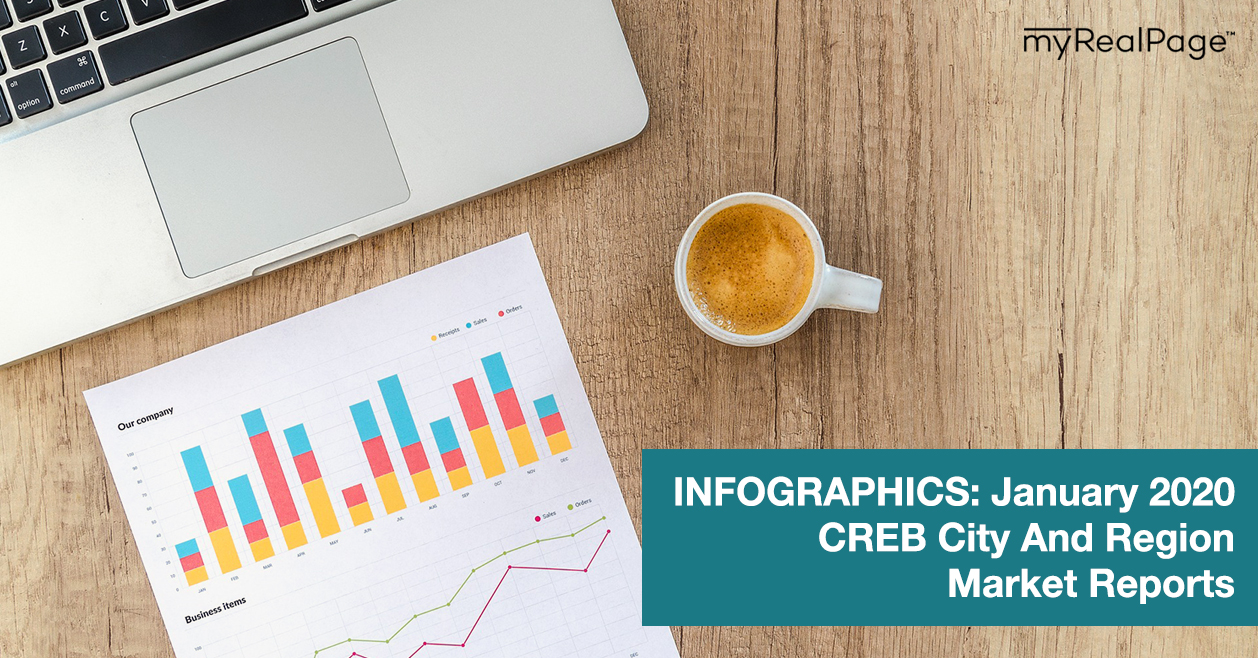 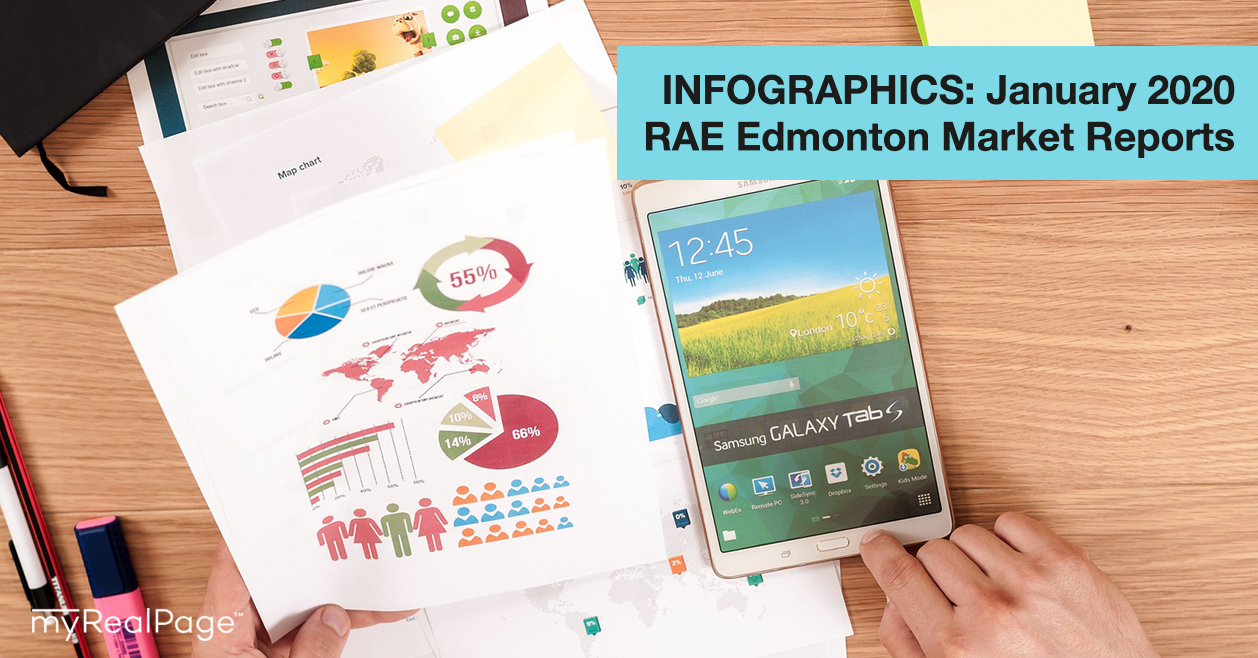